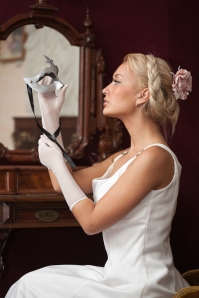 Marietta grew up in Venice, the only child of loving parents. Her father, Bernardo Orsini, was a renowned painter, and she spent her days at his side, mesmerized by his talent. When Marietta was twelve, her mother died suddenly. Grief-stricken by the tragedy, her father lost his passion for art. With no income, the family fell on hard times.

At fifteen, Marietta met Dario Gatti, a well-off nobleman from Verona. A whirlwind courtship began with nights at the Venice opera and Sunday strolls by the Grand Canal. Shortly after the families agreed upon a marriage contract, Dario showed his true colors. She begged her father to stop the wedding, but he refused. A bad marriage was better than starving.

For the next five years, Marietta spent her days and nights trying to survive an abusive, unfaithful husband and a cold hearted mother-in-law. Her only source of happiness came from painting landscapes of the Verona countryside.

When Dario succumbs to food poisoning, Marietta’s life takes another turn after her mother-in-law banishes her from the family villa. She heads to Venice in hopes of reuniting with her father who she hasn’t spoken to since her wedding.

On the road to Venice, she meets Nico Foscari, a member of one of the city’s oldest ruling families. She finds him charming until she sees that he’s a rogue like all the rest.

When she discovers her father died two months before her arrival in Venice, she wonders if she will ever find happiness. She aches for children and a loving husband. Is it really too much to ask for?