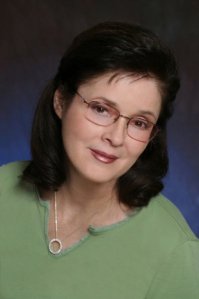 Thank you for stopping by, Maxine!

I started writing professionally as a guest columnist for the local newspaper in 1999 discussing topics that affected the community, specifically Veteran issues. I was very active in the local veteran’s groups fighting for services at the VA hospital. I started my activism shortly after my father’s death. I was on the board of directors of two organizations: Veterans for Constitutional Law, Ltd. and the Veterans Advisory Board. The former was a national organization and the latter was a local (Southern California) organization. In addition to my writing for the local newspaper, I also wrote for an online paper, was interviewed several times on internet radio, and once on television. I attended Los Angeles Valley College and received an Associate Arts degree.

I began writing after the death of my father. I did letters to the editor and moved on to columns for the local paper. My passion took me to writing Unglorious War.

2. How did you come up with the idea for your current story?

I came up with my current story by my association with veterans and the frustration we all felt in dealing with the VA. I had my own problems after the death of my father so by talking to other veterans, I knew I wasn’t alone. I wanted to make a difference. Other than picketing and writing columns, I felt writing a book about the Vietnam era would help shed some light on a difficult time in American history in addition to acknowledging these veteran’s service to our country.

It is hard to pick one favorite scene in the book but if I did it would be when Thomas and Marla dropped their facades, talked, and became romantically involved.

Write what you love. If it is cats, then write about cats. When you go to publish your book, make sure it is the very best it can be. If it came from your heart, it will be. If you try to get an agent, and you are turned down, don’t let get you down. I was told Vietnam doesn’t sell. Maybe not, but I am going to continue to try to sell it because I believe there is an audience for this book. What is hot today, isn’t necessarily hot tomorrow so that is why you have to write what you love.

If my writer’s block will get out of the way, I have the sequel to Unglorious War, a romantic western that takes place in the 1870s, and the screenplay to Unglorious War (with a few minor changes from the book).

Major Thomas Harrison Smith is critically wounded while escaping from a POW camp deep inside Laos, during the Vietnam war. Stabilized by medical personnel in Vietnam and Japan, he is flown to Oahu, Hawaii for surgery and rehabilitation. Emaciated, dehydrated and nearly dead from constant torture, he meets Lt. Marla Bristol, a nurse-therapist, assigned to his case. During Major Smith’s recovery, he and Lt. Bristol fall in love and marry, but the military wants him to do another tour of duty. If Major Smith does return to Vietnam, will he see his beloved Marla again. Who is Lt. Anthony Lambello and what part does he play in whether Major Smith Smith returns from Nam? Thomas and Marla are scared, but each pray to God that they should be reunited soon. They find their faith tested, and God answers their prayers, but is it the way they hoped for?