John Reinhard Dizon was born and raised in the Cobble Hill section of Brooklyn, NY. He participated in local and high school sports at Bishop Loughlin MHS, excelling in wrestling, hockey and football. The lead vocalist of the Spoiler and the Ducky Boys, he was a key figure on the Brooklyn rock scene during the Punk Revolution of the 70’s. Relocating to San Antonio TX in the 80’s, he moonlighted as a pro wrestler while working as a legal assistant. He successfully pursued a BA at UTSA and degrees in Korean martial arts during the 90’s. He currently lives in KC MO where he is studying for his MA in English at UMKC. Mr. Dizon has been writing suspense and thriller works for over twenty-five years.

I began writing dialogue for my stick-figure cartoons as a pre-schooler. I started writing sagas on my summer vacations in high school and finally took a shot at getting published in the 70’s. Before the Internet, the cost of mailing queries and manuscripts made it impossible. I finally got the original version of Tiara published in 2003 as a result.

2. How did you come with the idea for your current story? 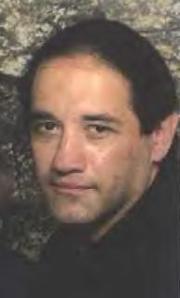 Believe it or not, this started out as a space opera back in 1979 during the Star Wars craze. The Princess was kidnapped by terrorists from another planet during peace negotiations. I was concerned that it was going to be seen as a knockoff and put it on the shelf. In 1998, Darth Vader had cooled off enough so that Berlin Mansfield could take his place as an irresistible dark force. The Jon and Slash characters are unique among buddy teams in literature.

I put it together like a pro wrestling script. There has to be a story you’re trying to tell, and you have to have a finish that the characters are trying to reach. You need a strong hero, an appealing heroine and a powerful villain, along with interesting cohorts for each. There next has to be a high spot that sets up the major conflict leading to your climax. At that point, most of the fun comes from the characters themselves writing the story. Sometimes they even end up changing the finish when your preconceived ending doesn’t do justice to the characters or to where the storyline has gone. That is the true art and pleasure of storytelling, in my opinion.

It has to be when Baxter Cody, the leader of the kidnap team, has the showdown with UDA Brigadier Ed Doherty at the abandoned warehouse where Jennifer is being held. The result changes the entire flow of the storyline, and the characters are just as traumatized. The final showdown between the Mansfield Gang and the British Army at the end of the novel is also one of the best I’ve written.

Write, write, write, and don’t throw anything away! About half of the works I’m in process of having published were conceived as far back as thirty years ago. Something you may think may not have an audience now may be a hot topic in a couple of years. If something’s in your heart and soul, you have to get it out and see how it got in there.

6. How do you spend your free time? Do you have a favorite place to go and unwind?

I live in KC MO and I’ve visited every other place except the Northwest in the USA. I wouldn’t trade this city for anywhere else; it’s the best for driving around and recharging batteries. We’ve got Southwest Boulevard (Little Mexico), 39th Street (a Midwest version of SoHo), Westport (our Greenwich Village), the Plaza and the River Market (right up there with San Antonio and Austin). Every day can be a weekend around here.

Wolf Man is due for release in the next couple of weeks through Damnation Books at Amazon. This is a werewolf tale unlike any other in the genre. I also have Nightcrawler coming out in January through Black Rose Writing at Amazon. It’s about a female CEO of a chemical company using her resources as a vigilante. As you can see, I’m always looking for a new challenge in a different genre.

Tiara is one of the most original novels on Northern Ireland written in quite some time. Based on the 1998 Good Friday Agreement, it borrows from the Princess Diana tragedy in a what-if scenario, then takes a dark turn into the shadowy world of terrorism that brings us right alongside modern day headlines. Its politics, its characters and its storyline are controversial and intriguing, turning this into a first-rate page-turner.

Princess Jennifer is a widowed member of British royalty who pursues a vision quest in attending the negotiations at Stormont leading to the GFA in NI of 1998. She becomes a fantasy object to Berlin Mansfield, a terrorist who finagles his way into the peace talks to meet the Princess. Unknown to both of them, she is also the target of the Ulster Defense Association, a loyalist gang intent on holding her hostage to stop the negotiations. She is kidnapped by the UDA, and Mansfield offers his services to the rival IRA to try and rescue the Princess. CIA agents Jon Stevens and Slash Scimitar are in NI on a mission and end up helping the British track down both Mansfield and the kidnappers. Eventually the ‘black knight’ rescues the Princess, and we end up on a different track on this rollercoaster that eventually hurtles us home safely into the Good Friday Agreement.

Tiara’s Jennifer is reminiscent of Princess Di, recalling the guess-who characterizations employed by Mario Puzo in The Godfather. She’s a statuesque, emerald-eyed blonde whose philandering husband buys the farm in a boating accident, leaving her with her own unique title (the Princess of Edinburgh) and position as heiress to the throne of England. She buries her grief in British philanthropy, drawing her into the centuries-old debate over the Troubles in Ulster. She becomes a crusader for the quest for self-governance, and in doing so becomes a target for the Ulster Defense Association, a loyalist terror gang. They kidnap the Princess in a last-ditch effort to derail the talks. The incident is catapulted into international headlines, and at this point the story escalates into a tale of romance, intrigue, revenge and murder between the UDA and the rival IRA.

Although the IRA and their counterparts, Sinn Fein and MADD (Mothers Against Drug Dealers, or Evil Mothers), remain shadowy figures in the novel, the conflicts within the UDA are most noteworthy. Elderly bosses Jimmy “the Bull” Doherty and Delmore Merrick struggle to maintain control of their politically-savvy kidnap team under street tough Baxter Cody. Along with fraying political connections, they eventually lose their most deadly assassin, Shannon Blackburn (my vote as the scariest villain of all time), as well as their control of East Belfast in the changing times ahead. The subplot provides us with an insightful look at NI in its arrival into a new century amidst its traditional values and mores.