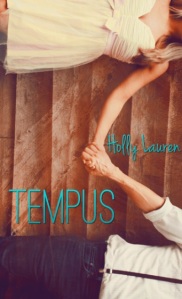 Synopsis
Chapel Ryan isn’t crazy. At least, that’s what she’s been trying to convince herself of for most of her life. But after being hallucination-free for three years, Chapel finds herself facedown on her English classroom’s gritty linoleum floor. When she looks up, everyone around her is suspended in animation. Mouths hang open mid-yawn, feet hover mid-cross, Ms. Freeman’s arm flexes mid-sentence diagram. It’s another hallucination. Or, is it?Chapel prepares to tear herself back to reality when something happens. Something that has never happened before in any of her hallucinations–someone moves. And not just any someone—it’s the new guy with a scar over his lip and a reputation as black as his perfectly styled hair. And all of the sudden Chapel’s white-knuckle grip on her life has slipped, and with it, her assurance that what she’s experiencing isn’t real. 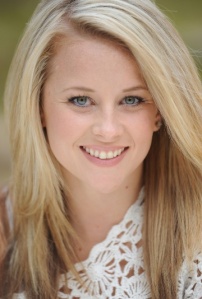 Holly was born and raised in a small town in North Georgia. The third of four children, Holly grew up telling stories to get herself out of—and her siblings into—trouble. When she was eight years old, she penned her first publication: a newspaper called Sunny Dayz News. While she didn’t sell any actual copies, her sympathetic grandmother did peruse through the edition at least once.

When Holly isn’t dreaming up new plotlines for her next book, she enjoys breakfasting at Picnic Café in Dahlonega, Georgia with her (handsome) husband and their two (adorable) daughters.

1. How did you come with the idea for your current story?

I have a cousin who I’ve always been very close with who suffers from a mental illness. At his sickest, he can’t distinguish between what’s real and what’s made up. It made me wonder what that would be like–to truly believe that your hallucinations are real. And, if they were real, what they would be a result of.

My favorite scene in the book … That’s hard! I love the scene were Timmy and Erica and Chapel are almost in a car accident. It’s a defining moment for Chapel in more ways than one. It answers a major question concerning her hallucinations and it also shows the reader AND Chapel how deeply she cares about her friends. I also love the scene between Chapel and Zay at Centennial Park. Why? You’ll have to read it to find out! 🙂

3. What is your most interesting writing quirk?

My snack of choice while writing is always the same: Chewy Sprees and Stewart’s Orange ‘n Cream soda. Yeah. I live on the edge.

I would tell someone interested in writing two things: 1. Read good writing. That’s the best way to learn how to write. Pay attention to what you like and why. Then figure out how to recreate those emotions in your own story, in your own words. And, 2. WRITE! One page at a time. One paragraph at a time, if you need to. Don’t make it perfect your first pass. Let the rough draft write itself. Make it perfect later. (P.S. – it will never be perfect).

5. Tell us three fun facts about yourself.

The sequel for TEMPUS is underway. It should be out before the end of 2014!