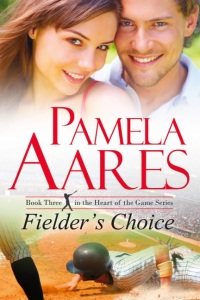 All-Star shortstop Matt Darrington has more than a problem. His wife died, and now he’s juggling a too-smart-for-her-britches six-year-old and the grueling pace of professional baseball. Worse, his daughter is mom shopping. When they explore a local ranch, she decides the beautiful, free-spirited tour guide is premium mom material. Matt thinks the sexy guide looks like Grade-A trouble. When love’s in the game you can’t play it safe… 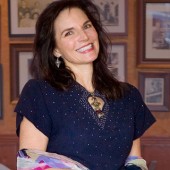 Pamela Aares is an award-winning author of contemporary and historical romance novels and also writes about fictional romance in sports with her new baseball romance book series titled Heart of the Game.

Her first book, Jane Austen and the Archangel (Angels Come to Earth, #1) was released in 2012. Midnight Becomes You, the second in the series will release this year as will the celebrated historical romance novel, The Lady and the Patriot.

Her popularity as a romance writer continues to grow with each new book release, so much so, that the Bay area author has drawn comparisons by reviewers to Nora Roberts.

Pamela Aares writes romance books that she loves reading, particularly those that entertain, transport and inspire dreams while captivating and tugging at the heart. She takes her readers on a journey with complex characters in both contemporary and historical settings who are thrown in situations that tempt love, adventure and self-discovery.

Before becoming a romance author, Aares wrote and produced award-winning films including Your Water, Your Life, featuring actress Susan Sarandon and NPR series New Voices, The Powers of the Universe and The Earth’s Imagination. She holds a Master’s degree from Harvard and currently resides in the wine country of Northern California with her husband, a former MLB All-Star and two curious cats.

If not behind her computer, you can probably find her reading a romance novel, hiking the beach or savoring life with friends. You can visit Pamela on the web at http://www.PamelaAares.com.

Toward the end of the orchard tour, she spied a ladder up against one of the older, taller trees. The tree had firm, small fruit near the top.

“Some of these older trees bear the best fruit,” Alana said as she climbed up to snag a handful. As she started down, the ladder tilted, and her foot caught in a rung.

She’d heard that when true danger struck, events transpired in slow motion, but she’d never believed it. Yet now the ground rose slowly toward her face, and she heard herself screaming. But before she knew it, Matt had darted under her, pulled her free from the ladder, and was catching her in his arms.

She looked up at him. The flicker of alarm in his eyes told her she’d just had a close call. And the sensation of his strong arms holding her against his chest revved the adrenaline spiking in her body. For a long moment, neither of them moved and no one in the group spoke. Alana wasn’t even sure she was breathing.

“Hope this place has workers’ comp,” he said as he lowered her gently to the ground. The other four crowded around, and he backed them off with his muscled forearm. “Give her some space.”

The worry remained as he narrowed his eyes and surveyed her face. His eyes were the color of a mountain lake just before twilight.

“I’m fine,” she said, ignoring the jitters in her belly. Or maybe dawn, was all she could think. Maybe his eyes were the color of a lake at the instant just before dawn, when the emerging sunlight blinked out the stars one by one and the day seeped into the sky.

A whoosh of disappointment flooded her as he slid his arms away and knelt back into a crouch. The man had arms like she’d only dreamed of—strong, enveloping…

The sincerity in his tone pulled her back from the trance his eyes and arms had inspired.

She wasn’t about to sit there like a stunned fool. Finding her footing, she stood.

“Just one example of the great excitement of life on the ranch,” Alana said with a forced laugh. She brushed her hands off on her shirt, leaving artsy ombré handprints along each side. “I’d say it’s time for the gift shop. No dangers in there.”