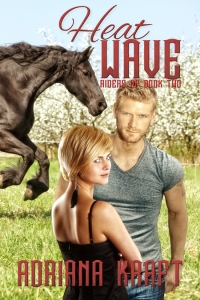 During an oppressive Iowa summer of drought and farm foreclosures, widowed Maggie Anderson makes a bold decision: She’ll merge her love of horses and her family’s three hundred and twenty acres into a horse farm and try her hand at nearby Prairie Meadows Race Track, where racing purses have just been augmented by the recently added casino gambling.

Down on his luck after being falsely accused in a racing scandal and banned from training, former Arlington Race Track trainer Ed Harrington has skulked home to Des Moines to drown his sorrows and wait for the dust to clear. He’s unprepared for the piercing robin’s-egg-blue eyes of pint-sized Maggie Anderson, who finds him at a flophouse and offers him a job. Can he pull himself together and meet the challenge?

As the two forge a tumultuous working partnership, they soon discover someone is out to get Maggie’s farm and will stop at almost nothing to force her off the land. Can they find and stop the culprit before someone is killed? Can they survive the far greater danger unleashed by the raw passion simmering just beneath the surface of their relationship?

Five stars at Amazon: Heartfelt with mystery and hope…made me cry. Spot on interplay between the main characters…well written and extremely enjoyable to read. Donna H. I felt like I was on a roller coaster reading this story! Laughing one second, then felt like crying the next, always on the edge wanting to know what is going to happen next. Amy B.

“Mr. Harrington, have you decided to take the job?”

“Well, it’s not like I have a lot of other offers.” He grinned faintly, like a child returning from a runaway attempt.

That smile tore at Maggie’s heart. Had he really said she was pretty?

“You may be getting in way over your head,” he cautioned. “Hell, maybe me, too. But I’m willing to try. Of course, I don’t have much to lose. If you’re going to be in this business, it’s important to know something about all elements of the game. In the long run, you may not want to take on the track responsibilities of a trainer. There are a lot ways to play the game.

“We do need to clear up one matter.” Harrington sighed and dropped his gaze. “You know I can’t take your horses to the track. Can’t help you out there.”

Maggie nodded. “I know about the ban, Ed. That doesn’t have anything to do with me. You’ve been vouched for. That’s enough. There are likely a lot of bridges yet to cross. Let’s take them one at a time.”

“I’m all for that, Maggie.” Harrington lifted his cup in salute.

That was the first time he’d called her Maggie. It sounded too familiar, yet they had to be on a first name basis if they were going to work together as a team. She took a short breath, excited about actually beginning to put in place her plan to save the farm. Her nerves tingled at the prospect.

Or, perhaps they were responding to the man who pronounced Maggie in a gravelly voice that oozed intimacy. 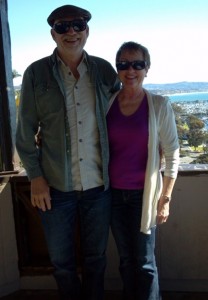 ADRIANA KRAFT ON THE WEB