Today I’m welcoming Tony Welch, author of Days Like These. Thank you for stopping by, Tony!

Like most, I write for myself and to create something that I hope people will enjoy and find interesting. I began by writing short stories and fictionalized MLB and NFL box scores and game summaries as a child and, as a young adult, I really enjoyed composing term papers in high school and college.

I really enjoy the scene outside of the bar the day that Frank is diagnosed with the terminal malignancy. He is hardly able to walk so Jane is assisting him, but in her own fog, she lets go of him and he falls face first into the sidewalk. Jane also becomes sick to her stomach and they look at each other, with Frank bleeding from his forehead and struggling to get up and Jane squatting down on her haunches we find out that she aborted a pregnancy once upon a time and that it still bothered Frank.

3. What is your usual writing routine?

Music is very important to me so I need to have on a favorite band or list of songs playing as I create and brainstorm. Writing is also feast or famine for me and I suffer frequently from writer’s block so when I am feeling creative and able to write, I get down as much as I can for as long I can – you could easily find me pecking away at my keyboard at 3AM, barely able to keep my eyes open but accomplishing the task of completing a scene or chapter.

For most to genuinely enjoy my work. As I mentioned earlier, I believe artists create for themselves first and foremost, to satisfy that internal yearning to accomplish something that they feel is meaningful but I am vain too and have a strong desire to impress others and to satisfy their desire to be entertained. I am under no illusions that I am reinventing the wheel or writing a classic piece of literature but only a story that I truly want others to find interesting and that they do not feel like their time was wasted.

I always wanted to meet Hunter Thompson because I was so entertained by his writing and he was such a unique character. And being a student of history, I would love to go back in time and meet F. Scott Fitzgerald. He was born and raised in St. Paul, on a very old and grand avenue, attended Princeton and I love The Great Gatsby so … and the same goes for Upton Sinclair, who wrote my favorite all-time novel The Jungle. He actually went undercover and worked in the Chicago meat-packing plants and what he found was so disturbing and horrific, he created the book based on what he found and single-handedly changed the landscape of the American labor movement and helped create the FDA. And it was the first “expose” on the ugly side of capitalism and immigration.

I have never been to New York City and cannot wait for the time when I can go and simply walk the streets and sight-see. And eat at an authentic Italian restaurant and Jewish deli.

I have begun book number two, based on a story that Frank works on in my first book – it is the story of a career minor-league pitcher who retires and moves back to his South Dakota hometown to teach and coach baseball at the local community college. Like me, he is half-Indian and there is a casino and reservation just on the outskirts of town, complete with cultural and financial issues between the white people and the native Americans. 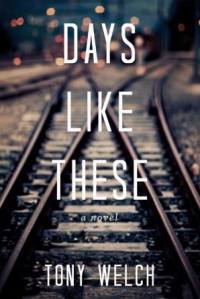 Basically, it is the story of a manic-depressive, would-be novelist written by a manic-depressive, would-be novelist. But seriously, I feel it is simply the story of a man pursuing a dream as he tries to overcome the obstacles life has thrown at him. He has been a bit lazy and an underachiever but his depression and anxiety really does affect his life is such a negative way that it makes it difficult to carry on normally (unfortunately, I know about this personally). He has also been in love with a married co-worker, and that has been off and on and is now off. He meets a former classmate and is smitten with her and falls in love. Eventually he needs to decide between the two, which he does when he is given some jarring news. There is a healthy dose of dark humor, sadness and pop culture references in the book – all I really want to create is something of a “real” story that people are glad they spent their time reading it when they are finished.

Frank Cahill began keeping a daily journal a couple of years ago, at the urging of his psychiatrist, in an effort to track his moods and to hopefully find a way to combat the depression and anxiety that had been crippling him for far too long. But the deepest and the darkest of it, the depression that was recently washing itself over him was such a horrible thing – as bad as any he had experienced. In any given moment, the level of anxiety, rage, apathy, hopelessness and total darkness experienced was nearly incomprehensible. Life felt like trying to run a marathon through waist-deep snow and all of the positive thinking and medications and journal-writing and therapy sessions in the world were of no help. Frank was also a dreamer and a free-spirit, care-free and care-less and a world-class procrastinator, with the former few generally being helpful with his writing, as was, amazingly, at times, his depression, and while ideas were simple, he despised writing dialogue but, unfortunately, that was a major part of his would-be career. In any case, the writing had been fruitful of late, with ideas coming from all corners of his imagination and he needed to take advantage of it before the tap ran dry.

He had only just last week finally completed his television script about a late 1970’s government hit man in NYC, sent the remaining copies to agents on his list and was hoping to receive good news from someone, anyone – just one compliment is all he needed right now to validate the time and mental energy expended on this otherwise heretofore fruitless endeavor. Had he even showered since then? When was the last time he brushed his teeth? Lighting a cigarette, Frank leaned back in his brand new $175 computer chair and stared out of his living room window overlooking the corner of 44th Avenue and 36th Street – the streets in Minneapolis ran east and west while the avenues ran north and south. It was a dark April afternoon, warmer and more humid than normal as he was to meet his buddy for drinks in an hour. These get-togethers were to be enjoyed, but he just had not found any enjoyment in them lately, or at least not like he used to – instead he seemed to prefer sitting in his apartment, genuflecting on his life, such as it was, the good, the bad and the ugly of it all and generally moping around. Way too much time wasted reviewing and analyzing his life – the panorama of it, warts and all – and kicking himself for the plethora of poor decisions and plain old bad luck that he had continually run in to and obsessed on. It was an unhealthy exercise but a productive one that, ultimately, he had hoped, demons could be exorcised through his obsessing and writing projects. But, no, the demons stayed, lurking in closets and under beds. His life was miserable as he peered through the looking glass, waxing existential on various levels of life and consciousness – nothing but a disappointing narrative, if anything, guided by sensibilities and giving, greed and lust, lost love and underachievement. Would he do it today? Right now? Could he summon the fortitude to do it? He stared at his various bottles of pills and a bottle of vodka.