Today I’m welcoming PJ Whiteley, author of Close of Play. Thank you for stopping by, PJ!

PJ Whiteley, who writes non-fiction as Philip Whiteley, is an experienced author, principally about management. He has written extensively about how low wages are bad for business, as part of a bid to try to convince economists that society consists of people. Taking a break from this Quixotic task, he has turned his hand to romantic comedy, seizing on the potential of men preferring to play or watch sport than talk about their feelings and stuff.

Close of Play is the first novel, centring on perennial themes of the human condition: love, loss, hope, life choices and that nagging feeling in the back of the mind that you may not fully be up to date with how your team is doing.

PJ Whiteley’s boyhood ambition was to represent Yorkshire Cricket Club. He gave up playing as an amateur a few years ago when facing the quicker bowlers became a bit too tricky, but still plays five-a-side football. He works from home full time as an author and is married to a sex therapist, so things could have turned out worse.

Tell us about your writing process. Do you outline, or are you more of a seat of your pants type of a writer?

I’m always writing, in my head. I have non-fiction commentary and fiction ideas buzzing around continually. There is no way I’ll live long enough to complete all the pithy blogs, investigative non-fiction works or romcoms that occur to me as ideas. I like to jot down notes when I can. When I get the time to sketch something out I just write and write, and then edit and edit. Often an idea for dialogue or a scene come to me as I go along; a character may grow and evolve as I describe her. So, definitely, a combination of outline and ‘seat of the pants’.

What is your favorite scene in the book? Why? 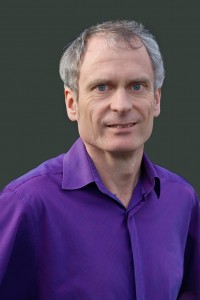 I like Chapter 11, Clumsy Angel, which describes the first full date that of two leading characters, Brian and Elizabeth, and particularly the scene where they talk in the pub. He gives a little speech about appreciating the magic in every-day observations and how people can be both angelic and accident-prone, so she realizes there is much more depth and sensitivity to him than she had initially thought. Then she tidies his collar which had become splayed out earlier when, fearful of appearing too formal, he had wrenched off his tie just before the date. So the phrase ‘clumsy angel’ gains a new and immediate significance.

What is your most interesting writing quirk?

I focus very heavily on the beliefs of the main characters, and I like to have their world-views challenged by events. I think some relationship dramas neglect this, focusing only on ambition and temperament. This stems from my own observations in life, and non-fiction work, so perhaps that is the unique angle I can bring.

What is the highest goal that you desire to meet as an author?

I strive for three qualities: clarity, depth and humour. They may not appear to accompany each other naturally, but they are the qualities of my favourite books. I aim to write in an accessible style, so that the reader enjoys the story, without noticing the writing.

Who is the one author that you would love to meet someday and why?

I would like to meet David Nobbs, because I think he’s so under-rated. Wikipedia calls him a ‘comedy writer’, as though he were a writer of gags, but Reginald Perrin and Pratt of the Argus have extraordinarily profound, quite philosophical moments, and I love that combination of humour and depth.

What do you have in store next for your readers?

I want to complete a comic odyssey of six Leeds United supporters on a mini-tour of Belgium for the 100th anniversary of the Great War in August 2014. The interweaving stories of sibling love and rivalry; personal rehabilitation, relationship crises, uncertain business prospects and irrational devotion to a once-great football team taken over by a maverick Italian businessman holds great appeal to me, and I’ve completed around 20,000 words. There will be a mix of generations, so the younger people are actually envious of the older ones who can remember the team’s glory years. There will be a passionate romance at its heart. The whole combination appeals, but I haven’t tried it out on anyone yet!

“I stood, entranced, holding the card as I re-read it and gently traced my forefinger over the signature, enchanted at receiving such a rare gift. For a brief, beautiful moment I imagined being there with her, walking on the bleak sandy beach, shaking the sand out of our walking boots and tidying our tousled hair. The sensation disappeared rapidly and all I had was the card, which I placed on the mantelpiece.”

Brian Clarke has an ordered life, a life of village cricket, solid principles, and careful interaction with those around him. He is resolutely fending off advancing middle-age with a straight bat, determined to defend his wicket against life’s occasional fast balls. Then he meets Elizabeth – a gentle, caring, genuinely selfless soul who is a glowing bloom amongst the ordered hedgerows of his existence. As Elizabeth demands Brian’s interest…and breathes hope into his heart…he must reassess his self-defined role as the lone batsmen and fight to find the courage to fall in love. Or risk losing her forever.

Close of Play is a thoughtful, funny, beautifully honest story of love and manners. It’s a tale of missed opportunities and a chance at redemption – and the fear of opening our hearts to another when we think we’ve forgotten how to love.