SYNOPSIS: It started with a drink.

It turned into a promise.

Ransom Scott lost his heart the day the woman he loved chose another man. Or so he thought. Estranged from his brother, distancing himself from the world, he’s been drowning his sorrows in cheap booze and women…determined to forget.

His world is falling apart, until a beautiful woman decides to take a chance on him.

Dani Deviche is as bewitching as she is innocent. Full of youth and vitality, she captivates him. Challenges him. She’s everything Ransom never thought to look for in the opposite sex, and he can’t get enough.

When a promise of friendship turns into something more, can Ransom fulfill his end of the bargain, or will a secret from Dani’s past destroy his last chance at happiness?

**Author’s Note** This book was written as a compliment to the Forbidden Trilogy. However, it can be read as a standalone.

Buy link for the first 3 books in the Forbidden Series (Dance for Me, Lie to You, Fall for Him):amzn.to/1g0I5VK

Excerpt
THERE WAS A STRANGE sensation bubbling just beneath the surface of his skin. Ransom couldn’t put his finger on what it was, but he knew it had to do with his brother and that hug they were forced to share. All he knew was it was warm, comforting, and the underlying meaning he refused to acknowledge set him on edge.

He wasn’t ready to let go of his anger. Some bridges weren’t meant to be crossed, not after so much water had passed beneath it.

The knowledge that his brother couldn’t guard his heart any better than he could made no difference at all, though he knew it should. The problem was that they’d always had a sort of rivalry between them, taking from one another, especially when it came to women. So in his mind, he’d been scorned. Left out to dry like a piece of wet laundry.

And now the very fabric of him was wrinkled, and he didn’t know the first thing about how to iron himself out.

Except that a faint voice in his head whispered to him, and it sounded suspiciously like Dani’s name.

They sat in his living room, the silence a pulsing beat of sexual tension that no one could deny. He wanted her, and he knew, despite her best efforts to deny it, she wanted him, too.

He’d enjoyed having her with him at the party. Hadn’t realized just how much it would mean to him or how much it would affect him. Just by being there, she’d calmed his nerves, as well as silencing the little voice inside his head that wanted nothing more than to climb back in his car and leave.

But she’d served as a safety net. A lifeline. Someone he could lean on, even if she didn’t know it. And she clearly didn’t judging by the way she sat so stiff now, her shyness calling to him. Begging for him to take it away.

He only knew of one way to do that, and he didn’t think she’d go for it.

Sex was something that Ransom had grown accustomed to using in order to bury his feelings, in order to keep the overwhelming depression from sucking him down into an inescapable oblivion. Somehow, he didn’t think it would be the same with Dani. It was a terrifying thought, and the only thing that kept him from jumping on her and ravishing her small, curvy body.

Hers was a body made for sin, and Ransom was inclined to explore every dark corner. Somehow he resisted, though only barely.

About the Author
J.C. Valentine is the USA Today and International bestselling author of the Night Calls and Wayward Fighters Series and the Forbidden Series. Her vivid imagination and love of words and romance had her penning her own romance stories from an early age, which, despite being poorly edited and written longhand, she forced friends and family members to read. No, she isn’t sorry. 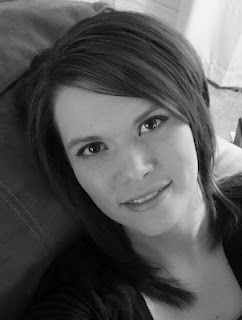 J.C. earned her own happily ever after when she married her high school sweetheart. Living in the Northwest, they have three amazing children and far too many pets and spend much of their free time together enjoying movies or the outdoors. Among the many hats she wears, J.C. is an entrepreneur. Having graduated with honors, she holds a Bachelor’s in English and when she isn’t writing, you can find her editing for fellow authors.

Sign up for J.C.’s newsletter and never miss a thing! http://bit.ly/1KxXWWB