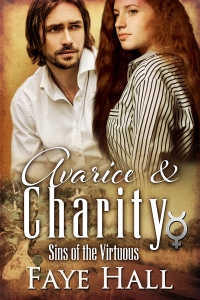 Would you protect the one you love from relentless greed?

Avarice Licciardi worked for his father, Antonio – a greedy, loveless man who destroyed everyone in his way. When Avarice met Charity, a woman with fiery red hair and the touch of an angel, he discovered there was something he craved so much more than his father’s money. What he wanted was this woman.

When Antonio ordered his son to get the hidden papers in Charity’s estate, Avarice refused. That was until Antonio threatened to go get the papers himself. Knowing the brutality of his father, Avarice went to Charity’s estate, ready to protect her at all cost. When she invited him to stay with her, he hoped to find nights of endless passion. What he found was a hidden tunnel with incriminating mysteries far greater than hidden papers.

Charity Bohdan lived up to her name, giving her herbal medicinal treatments freely. What started off as patching up wounds soon took a very different direction when she was being called to treat young women who’d been brutally raped and left pregnant. She knew the risks involved with treating and re-homing these women, but until she could find the monster attacking them, she could see no other choice.

When Charity was called to treat a drunk’s wounded hand, she expected to find some elderly station hand. Who she met was Avarice. As she treated his wound, she couldn’t ignore just how handsome he was, or the feelings he stirred in her when their skin touched. The more time they spent together, talking of Irish legends and going on picnics, Charity could feel herself losing her heart to him.

Together Avarice and Charity are forced to uncover secrets from the past that sicken their souls as an evil, greedy man threatens to tear them apart in his search for the evidence hidden in the Bohdan estate. 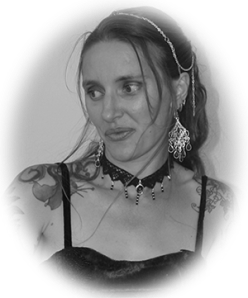 Come on a journey with me through 19th century North Queensland, Australia and explore the passions and hardships of unique characters.

There is corruption, deceit and murder as well as cattle rustlers, slave traders and hell fire clubs. Explore townships of Jarvisfield and Inkerman as well as Ravenswood and Bowen. One book even incorporates my great-grandmother’s cattle station, Inkerman Downs Station.

As well as an author, I am also the most spoilt wife in the world and a very contented mother.