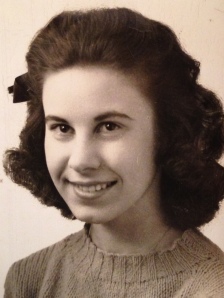 My mother died a year ago last May, and I’ve been going through some of her keepsakes. Before she married my father, she had a long-term relationship with a man named Ken. I found a few letters that she kept that were written during World War II. I thought I would share one with you. It was written April 19, 1945. My mother would have been a month shy of 19 years old.

Dearest Sweetheart,
Hello Honey – Well – sweetheart – I’ve joined my unit and am real busy now (except today, we’re resting). We’re deep in Germany, practically out the other side. The Jerries are on the run and we’re right after them. In a few days I’ll send you some watches and rings – “souvenirs” that the Jerries are contributing to us.
There is so much racket I can’t concentrate. There was some Heinie aircraft – but now there is a whole slew of ours up there now. So far it hasn’t been very dangerous.
I have everything I need except stationary and air stamps – but I’ve told you about. I haven’t got any more mail from you except those letters we got right off the boat, so one of these days I should get a slew of them. How did you like getting all those letters at once. I guess that made you feel sorry you balled me out about not writing.
I have had lots of funny experiences over here so far haven’t fired a shot. Haven’t had to. The Jerries have been giving up by hundreds – but I guess they are soon going to start fighting. There just was a burst of fire a little ways in back of me. I wonder what caused that!
Well – honey – I hope you like the post war plan I outlined. You’ll have to let me know what you think of it. It will start pretty soon – for the war over here will be over in a few weeks – I love you – 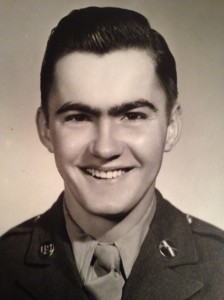 I’ll leave you with a saying that mom had next to her high school yearbook senior picture – and was also in another letter that Ken wrote to her. It must have been one of their favorites.

“Late hours are bad for one, but they’re all right for two.” 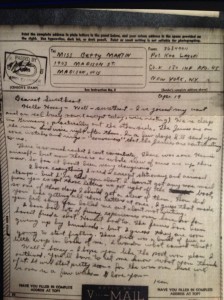 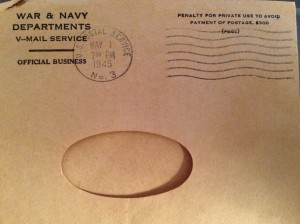 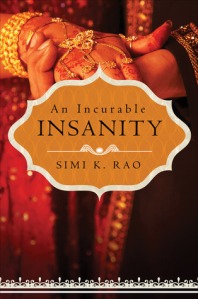 Her heart fluttered when she heard the sound of the key turn in the lock. She quickly adjusted her maroon silk sari with the yellow border, the one that had caught his eye, and waited eagerly for his footsteps. One, two, three, four, five, six, seven… Yes, exactly seven steps before he stopped, hesitated for a few moments, then removed his shoes one by one and arranged them neatly side by side on the shoe rack. She smiled. He had been mindful of taking his shoes off every day now. “I am not used to it, but I will if you want me to. It’s probably a good thing to do anyway.” As he settled down, he would pick up the TV remote and, without looking at her, would say in his smooth baritone, “So how did you spend your day, anything interesting?” Shaan Ahuja found himself bowing to tradition and agreeing to an arranged marriage to the beautiful Ruhi Sharma. He went through the motions but had no intention of carrying through on his vows. His last foray into matters of the heart with an American girl had left him scarred and unwilling to try again. Thoroughly disillusioned and disgruntled he wasted no time in making his intentions clear to Ruhi on their wedding night. But, he was completely unprepared for what his new wife had in mind. 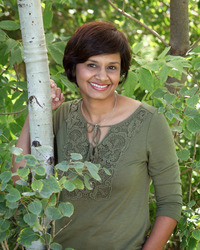 Simi K. Rao was born in India and has been living in the United States for several years. Her contemporary romance novel An Incurable Insanity, published by Tate Publishing, was released on October 8, 2013. An Incurable Insanity is her first foray into writing. The inspiration for the story came from what she has seen transpire among and within the immigrant community. Some of the experiences included are her own; some have been garnered from friends and casual conversations with acquaintances. She also writes poetry, is an avid photographer, loves to travel, and is a practicing physician. She currently lives in Denver with her family.

Excerpt from An Incurable Insanity by Simi K. Rao

Ruhi Sharma was a blushing bride, practically a newlywed, locked up in this glittering cage for almost a month, twenty-nine days to be exact; an object of envy of all her friends and family.

Twenty-nine days ago, she had signed her name beside his on the marriage certificate. She had gone through all the miscellaneous ceremonies associated with the typical grand Indian wedding—the engagement, the Mehendi, the Sangeet, the Haldi, and the grand finale (her father had spared no expense) until finally her betrothed had staked his claim by placing the Sindoor on her forehead and tying the Mangalsutra around her neck, and she had quietly and blissfully followed him around the sacred fire carefully listening to and reciting the Saath Pheras in her mind.

She was the very beautiful and accomplished daughter of Amrit and Devyani Sharma, the apple of their eye, and they had left no stone unturned in raising her the best way they possibly could.

Friends and family were surprised for not only had Ruhi been provided with a very good education, she held an MBA from a leading institution, but her parents had also made sure that she was adept in all other various skills, which a well-bred traditional Indian girl is desired to be proficient in. Therefore, nobody marveled when marriage proposals came pouring in from all directions.

But the Sharmas were choosy; they wanted only the best for their golden child, and they did get it, or so they surmised.

The idea of giving their daughter’s hand in marriage to the well-accomplished son of the most well-known family in Chandigarh was beyond their wildest imagination. It was wilder because they hadn’t gone in search of it, rather it had come and landed on their lap.

Shaan, the youngest and most eligible of the Ahuja clan, was twenty-seven, a fresh aerospace masters grad from a premier engineering institute located in the Los Angeles county of United States, California, who had already bagged a plum job in a leading aeronautics and space exploration company in sunny LA.

“My son makes interplanetary spacecraft. He’s the man of the future” had become the proud and frequent rant of Mr. Shiv Ahuja, who for some odd reason seemed to be trying to paint his son in the most rosy of tones even though he really didn’t need to, for as soon as Ruhi saw her future husband’s likeness, she lost her heart, and there was no question of a retrieval.

“Huh? Yes please with just a pinch of sugar. Thanks!” He took the cup from her hands, careful not to touch her fingers.

Ruhi closed her eyes; she could now repeat every movement, every word by rote. He was a creature of habit…and she was bored. What was supposed to be the most exciting time in every young woman’s life had turned out to be the worst…Well, not really. He wasn’t mean, rather he was the perfect gentleman, too perfect!

Oh how she wished he would rather be screaming mean and nasty. At least that would bring some excitement into her not so-happening life! She laughed, pausing as she brushed her long black hair, rather hysterically.

The bombshell had dropped on their wedding night. He had walked into the room late as she sat there, a shy bride in all her wedding finery waiting, nervous yet excited at the same time, to meet the man she had hardly spoken to or looked at. What would he say, talk about, or do?

She had heard a lot of stories about what to expect, some factual and some fabricated (her friends had prepared her well), but she wanted her own to be special, unique, and it was…

Sitting down on the bed in front of her, he had taken her hand in his and said very gently, as if to tone down the trauma, “I bet you are one of the most beautiful brides in the world, but I’m sorry I cannot make love to you. There is someone else.”

Not sure if she’d heard right, Ruhi had watched puzzled as he lay down on the mattress and turned his back to her. Is that it? A plain and blunt dismissal of her dreams, her life? Was that all?

The following blogs will be featuring Venice in the Moonlight. I will be giving away a $10 Amazon gift card and 3 copies of my book (reader’s choice of e-book or paperback). Stop by and check out some great blogs!