About Guilty as Framed 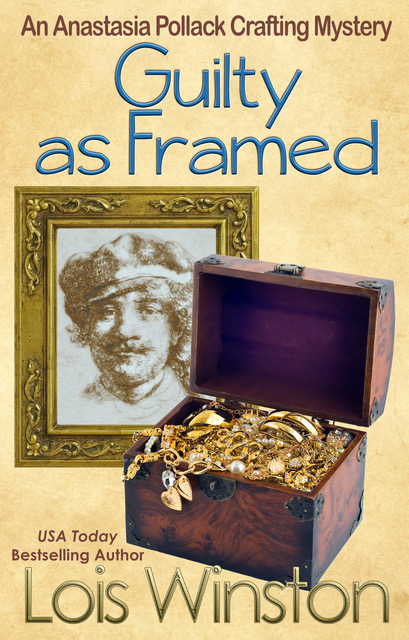 When an elderly man shows up at the home of reluctant amateur sleuth Anastasia Pollack, she’s drawn into the unsolved mystery of the greatest art heist in history.

Boston mob boss Cormac Murphy has recently been released from prison. He refuses to believe Anastasia’s assertion that the man he’s looking for doesn’t live at her address and attempts to muscle his way into her home. His efforts are thwarted by Anastasia’s fiancé Zack Barnes.

A week later, a stolen SUV containing a dead body appears in Anastasia’s driveway. Anastasia believes Murphy is sending her a message. It’s only the first in a series of alarming incidents, including a mugging, a break-in, another murder, and the discovery of a cache of jewelry and an etching from the largest museum burglary in history.

But will Anastasia solve the mystery behind these shocking events before she falls victim to a couple of desperate thugs who will stop at nothing to get what they want? 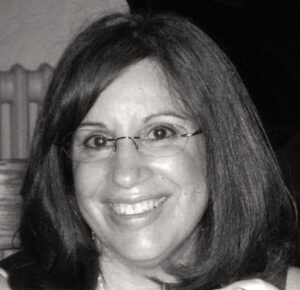 USA Today and Amazon bestselling author Lois Winston began her award-winning writing career with Talk Gertie to Me, a humorous fish-out-of-water novel about a small-town girl going off to the big city and the mother who had other ideas. That was followed by the romantic suspense Love, Lies and a Double Shot of Deception.

Then Lois’s writing segued unexpectantly into the world of humorous amateur sleuth mysteries, thanks to a conversation her agent had with an editor looking for craft-themed mysteries. In her day job Lois was an award-winning craft and needlework designer, and although she’d never written a mystery—or had even thought about writing a mystery—her agent decided she was the perfect person to pen a series for this editor. Thus, was born the Anastasia Pollack Crafting Mysteries, which Kirkus Reviews dubbed “North Jersey’s more mature answer to Stephanie Plum.” The series now includes eleven novels and three novellas. Lois also writes the Empty Nest Mysteries, currently at two novels, and one book so far in her Mom Squad Capers series.

To date, Lois has published twenty novels, five novellas, several short stories, one children’s chapter book, and one nonfiction book on writing, inspired by her twelve years working as an associate at a literary agency

September 22 – Escape With Dollycas Into A Good Book – GUEST POST

September 24 – I’m All About Books – SPOTLIGHT