Andorra Pett and the Oort Cloud Café
by Richard Dee

About Andorra Pett and the Oort Cloud Café 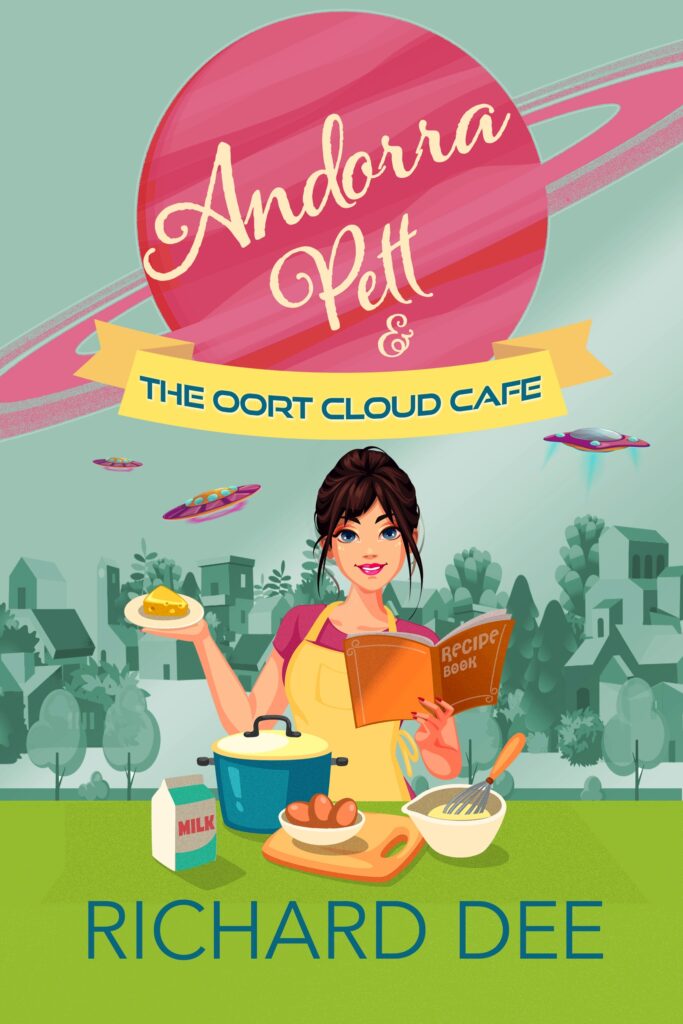 Andorra Pett has left her old life behind. But has she only swapped one set of problems for another?

Andorra’s on the rebound. Her only thought is to get a world away from her cheating ex. With her best friend Cy in tow, she invests her meagre savings in a run-down cafe. Never mind that it’s on a space station orbiting Saturn, or that Andorra is accident-prone and can’t make toast without a recipe and a video. Surely running a cafe can’t be that hard, right?

Unfortunately, her dreams of a quiet life are not to be, she’s bought into a mystery, trouble is just around the corner.

When the body of the previous owner is found in the freezer, Andorra’s plans hit some turbulence. She quickly finds that the dead man had enough information about the darker side of station life to embarrass a lot of people, they all want to know what he knew. And she’s in the way.

Andorra needs to find out where he’s hidden his book of secrets. Before anyone else does.

One of local residents must know more than they are letting on. As the body count begins to rise, can Andorra turn her luck around in time to catch the murderer before they strike again?

The answer to this cozy mystery is out of this world! 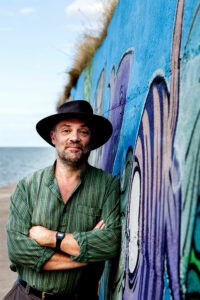 Richard Dee is from Brixham in Devon. Leaving school at 16 he briefly worked in a supermarket, then he went to sea and travelled the world in the Merchant Navy, qualifying as a Master Mariner in 1986.

He has also worked as an Insurance Surveyor, Lockmaster, Harbourmaster and Ships Pilot, taking over 3,500 vessels up and down the Thames, passing through the estuary, the Thames Barrier and Tower Bridge.

Since the publication of his first Science Fiction novel, Freefall, in 2013, Richard has written another twelve novels, a textbook and a selection of short stories. He has been featured in several anthologies, including 1066 Turned Upside Down, Connections and Tales from Deepest Darkest Devon.

Richard is married with three adult children and five grandchildren.

March 19 – Escape With Dollycas Into A Good Book – SPOTLIGHT